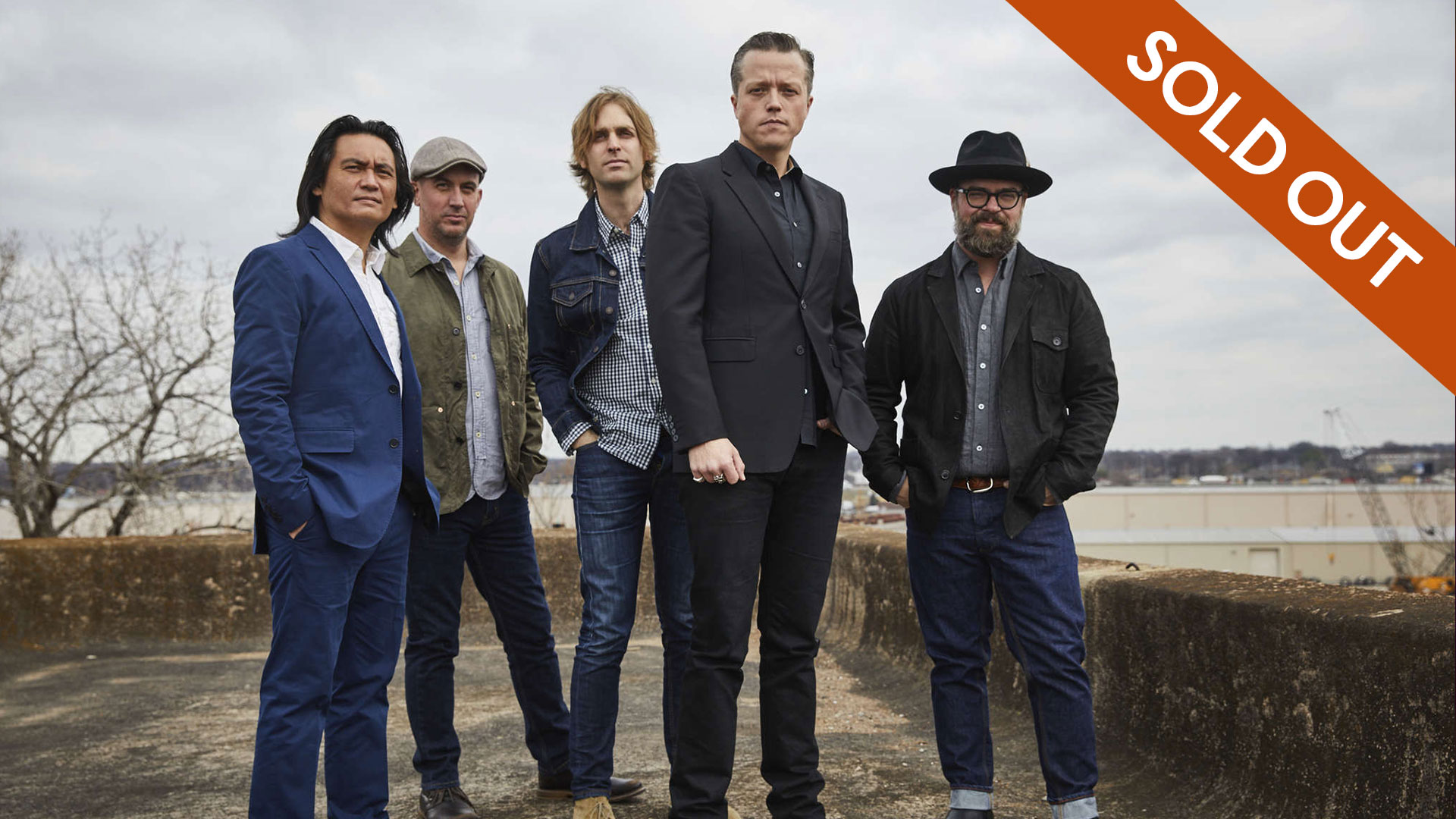 Jason Isbell and the 400 Unit

Amphitheatre at the City of Auburn Lawn and Porch

Lightweight folding chairs will be permitted at this event. Blankets, soft seat cushions and wind-inflatable air loungers are also permitted. In an effort to provide our patrons with a safe and secure environment, the Gogue Performing Arts Center adheres to a clear bag policy for all outdoor events.

The Gogue Center presents Grammy Award winners Jason Isbell and the 400 Unit as the headlining artists for a concert at the Amphitheatre at the City of Auburn Lawn and Porch, Friday, Aug. 23, at 8 p.m. The outdoor concert, generously sponsored by the Auburn-Opelika Tourism Bureau, is part of a four-day Grand Opening Festival (Aug. 22–Aug. 25) celebrating the Gogue Center’s inaugural season.

Isbell’s Alabama roots run deep. The northwest Alabama native was born near Muscle Shoals in the town of Green Hill, where he was raised in a musical family. In 2001 at age 22, Isbell joined the alt-country band Drive-By Truckers as a guitarist and contributing songwriter. In 2007, Isbell embarked on an acclaimed solo career with his backing band, the 400 Unit, and has since released six studio albums to both critical and commercial success.

As a singer-songwriter, Isbell combines well-crafted, personal, heartfelt lyrics with elements of Southern rock, punk, country, blues and folk. His latest album, 2017’s “The Nashville Sound,” became one of his most popular and critically praised to date, winning the Grammy for Best Americana Album and the song “If We Were Vampires” receiving the Grammy for Best Americana Roots Song.

Bluegrass and country folk musician Molly Tuttle will join Jason Isbell and the 400 Unit as the evening’s opening act. Tuttle is a guitar-picking phenom coming off back-to-back wins of the International Bluegrass Music Association’s Guitar Player of the Year Award for 2017 and 2018. She is the first female artist in the IBMA’s history to receive the coveted honor.

The Gogue Center’s four-day Grand Opening Festival will feature a different musical act each day. In addition to the Friday, Aug. 23 concert, scheduled performances and events include a free outdoor concert for Auburn University students, faculty and staff, hosted by the Auburn University Program Council on Thursday, Aug. 22; a black-tie Grand Opening Fête featuring performances by bel canto tenor Santiago Ballerini and Michael Feinstein and Friends on Saturday, Aug. 24; and a free Community Day with local and regional performers on Sunday, Aug. 25. Sunday’s festivities will conclude with a concert by the Robert Cray Band sponsored by Rabren General Contractors for workers who helped with the construction of the Gogue Center.

Follow Jason Isbell and the 400 Unit on social media.